I seemed to have slept well through the storm waking refreshed.  I was in no  hurry so dozed  until 7am as I only needed 15 miles.
I went to  use the loo and was surprised to see several other tents, they must have arrived late as I didn’t hear anyone.
I went to retrieve  my food bag and once again was surprised to  see  5 other bags hanging  there..

I headed back to my tent and began to pack up as my water came to the boil.
I ate two breakfast  bars downed my tea  and I was ready to go.
I pulled on my pack god it seems heavier today but then I have a wet tent and Ursack.
I marched out of camp and rejoined the trail, It was fairly cool so I had on a second layer but my hands were freezing..  come on out sun.
Due to all the rain the plants were soaking and as I walked through them my feet and shorts soon became wet through
As I walked, I called out HI bear  just to be safe.  It wasn’t long until.i reached the second camp 4 miles away.
Good I thought, I’m making good time as I began to head down…
Make the most of it snail as the big big climb is coming up I said to myself.
The sun was  now beginning to take control  so soon had to stop to remove my second layer.
I looked up at the trail ,it went on spiralling up the mountain and beyond..
Here  we go, I said to myself  and set off  climbing, climbing, climbing..
The time ticked by as I completed headland after  headland.
The in front I saw something white…  it was a small heard of mountain goats about 8 of them. I watched them heading
towards me, when they saw me , they decided to head vertically up.
Theses animals amaze me ,they have no fear and  jump from rock to rock with vertical drops

I filmed them climbing then had to run as they dislodged  a pile of rocks that clattered down around me luckily  missing  me OMG  that was close.
When i looked back down the trail I could see two hikers closing in on me. At first I thought it was Anvil and Special-K  but  it was two American guys just out hiking.  At the pass l stopped for a breather  and then Legs  arrived he told me the story of a bear charge and having to disperse his bear spray  but  somehow got more on himself .

At the saddle the views were amazing and as there appeared less smoke ahead much better views.
Better still it was now downhill all the way to the camp whoop.
I followed the others down the hill until it leveled out
Sat here was legs drying his tent, which was exactly what I had planned to do and so did the two Americans.
while my tent dried I decided to have dinner  as enjoy the amazing views.
Okay onwards snail..7 miles to go so and it is5 pm
It was a lovely afternoon  and I had to keep stopping to take photos and videos of the amazing landscapes and breathtaking views as I’ve said so many times my phone/ camera does not do it justice.
The scenery was constantly changing, wide open meadows  then pushing through overgrown foliage then clear wide trails again. Soon I came to a suspension bridge  it was very bouncy and swayed as I crossed quite unnerving ,but I was soon safely across   only to cross another where both creeks met. Once again a very bouncy and swingy bridge.

I was getting nearer and would soon be at camp.
As I came to brow of the hill I could see the huge lake beneath  and towards the top was a animal standing in the water ,it was a moose, standing in the lake where I would be camping!!!.
I circled down and was soon at the first camp ( where the 2 Americans  were staying)
As I got nearer I could see them both. Can you see the moose I asked?

Yes he’s still there.
Great I think that’s where I’m staying .
I said goodbye to them and safe hikes and headed out.
I began to get nearer and nearer to the moose. I slowed  ready to hide behind a tree if he decided to  charge. As they can be unpredictable . He didn’t seem bothered by my presence  but  I didn’t  loiter…just in case, when past I took more photos.

What an amazing beast with full horns or  racks  or whatever they are called. I was amazed how long he could keep his head under water.
Okay campsite Snail.
I soon arrived at the campsite and chose a tent spot dumped my stuff and soon had my tent up. I then grabbed my food and smellies and went to the food area.
I had  just finished cooking when 7lb hammer and Shotgun appeared. While they set up their  tents I began to play with a chipmunk  feeding him a raison.

But then he looked at shotguns crushed beer can and ran off with it , I couldn’t help but laugh
The two returned to cook dinner closely followed by Special-K and Anvil. Then the two girls arrived Cheeks and detour
I packed up, hung my food and headed for my tent. I heard another hiker arrive but  couldn’t see who it was 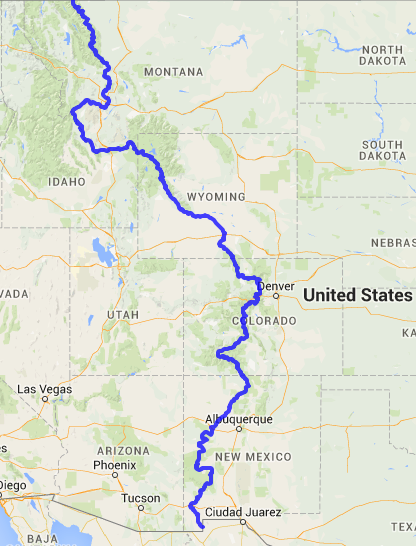 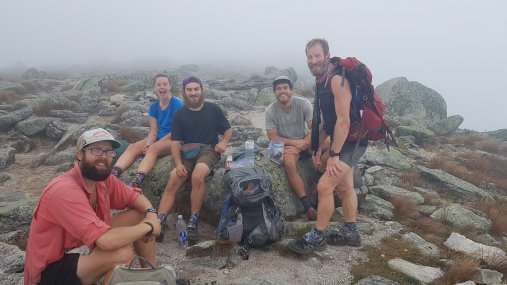 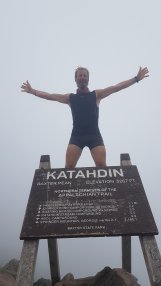 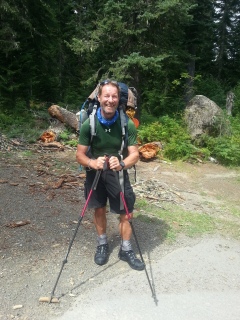 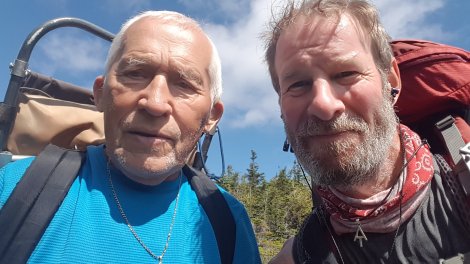 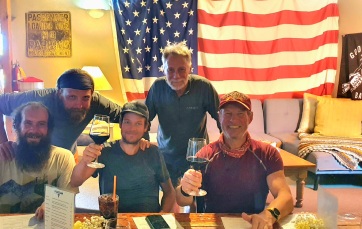 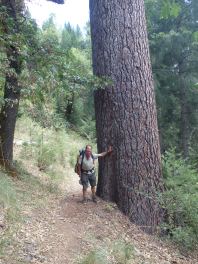 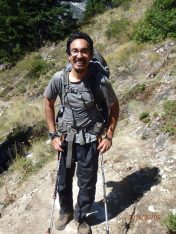 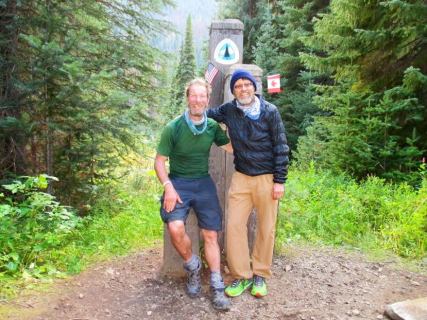 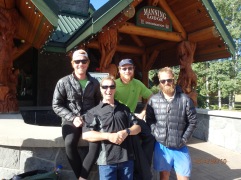 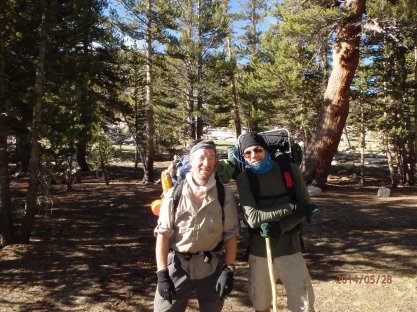 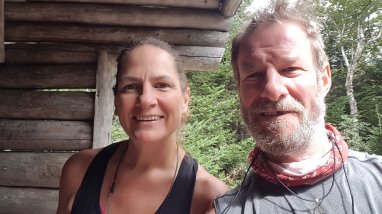 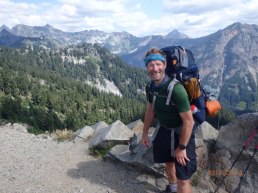 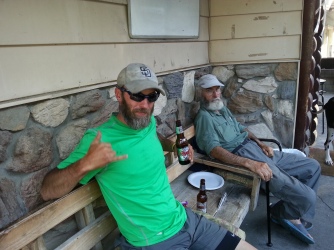 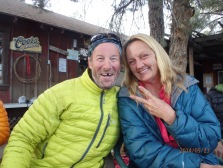