Eve. though I didn’t have to get up I woke at my normal trail time of 5.30. so got up had a wee then went back to bed.

eventually getting up at 9 am . more more civilised. I got dressed then went for breakfast. there were several other hikers eating. I grabbed a coffee and some oranges juice and found a table. then I grabbed a bagel and put it in the bagel cutter. before dropping the two half’s into the toaster. I then poured out a cup of waffle mix before pouring it into the waffle maker. My bagels popped up from.the toaster so I grabbed some butter and cream cheese and returned to my table

I had just finished eating my bagel when there was a beep beep telling me that my waffle was cooked. I removed it from its mould poured the on the obligatory maple syrup and again returned to my table. after several more orange juices and coffee I was done.
I was just about to leave when Poppins and Peanut arrived we chatted for a while. they too were taking a zero . They told me about the bus that goes into town and where to catch it. I thanked them before returning to my room to grab the few bits and my poles that I wanted to mail before walking  to the Grocery shop where I would catch the bus, my timing was good or lucky as it arrived as I did. $1.75 to Town . right change only so it cost me 2 bucks .

He dropped me at the post office which was perfect.
I had sent all my spare stuff and stuff that I didn’t want to carry here also my new shoes. bladder and poles from REI  and a few bits from Amazon so I had a total of 8 packages.
I thanked the clerk and began to sort through my gear. I decanted stuff that I needed into a bag then condensed the other boxes into 1 box that again I mailed up the trail.

I was feeling rather pleased with myself so wandered around town before deciding that I should get back.The bus was prompt and dropped me back at the Grocery store. I thought I’d just get a few things. and something for lunch , a salad I thought. I got to the check out and bagged up my shopping. But shock horror my card was declined. Dam I had meant transfer more money onto it . the bill was $80 .I checked my wallet I had $70 in cash . Dam I’m going to have to leave it and come back.
Then a voice behind me said how much are you short?
“$10” I said.
“I will get that” he said and gave the cashier the money.
“Thank you so much” I said dying of embarrassment.
I hastily grabbed my shopping and quickly walked back to my motel room.
Dropped my shopping and other bag on the floor then quickly logged onto my account and transferred some more money to.my card
I will need to be more careful. as I am spending too much.!!
Once the finances were straight I concentrated on uploading my videos and blogs as I’m a bit behind. whilst they were uploading I got out my soggy tent and let that dry in the sun.
it was lunch time , I made a salad with what I had brought earlier washed down with a couple of cans of beer.
It was a beautiful day and I would of normally camped by the pool with my beer..But the Wi-Fi and power was in my room so that’s where I stayed.
At 6 pm I decided to go to the brewery for dinner and try their ribs .As i was about to leave a storm arrived , the rain came in buckets so I watched out of the window and continued editing until the rain began to ease.
I entered the brewery and found that it was rammed but there was an empty stool at the Bar as i  sat I noticed “Mirror” was sat beside me. so we chatted and she recommended the aubergine.!
So i ordered Ribs
I think i should of gone with mirrors suggestion  as my ribs arrived luke warm so I sent them back . They took ages to reappear and to be honest they were not that good.
In fact a bit of a let down . oh well ..the beer was good.
Mirror said her good byes as she is now going southbound , so our paths may cross again who knows the trail can be mysterious

A man sat next to me and had a big bowl of clam Linguine  that looked oh so much better than what I had just eaten
We began a chatting mainly about baseball that I knew nothing about  but it passed the time and allowed me to enjoy a few more ales. But I didn’t stay out too long.
Once begin to my room.  began to pack up  what i could 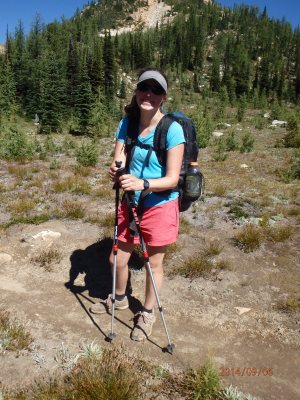 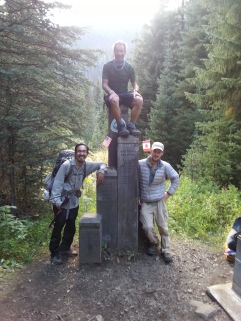 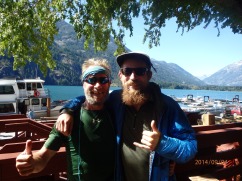 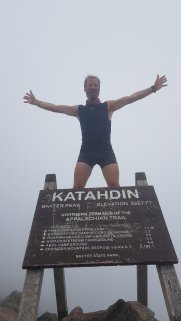 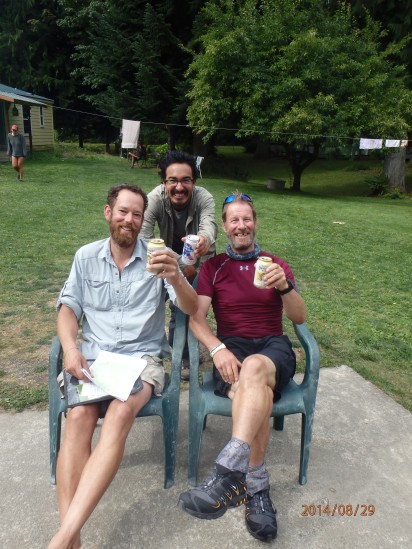 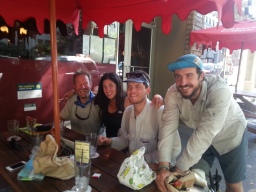 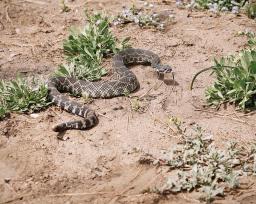 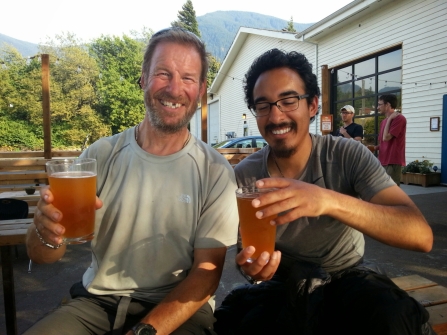 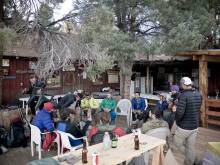 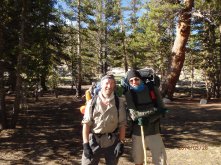 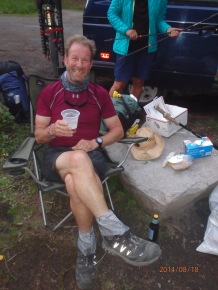 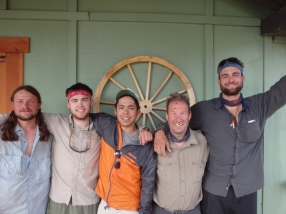 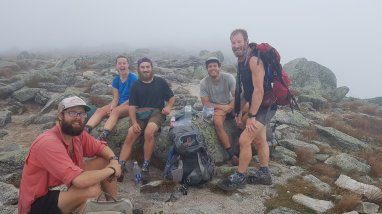 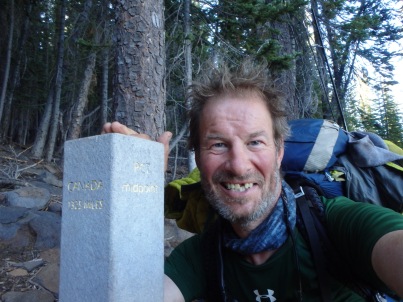 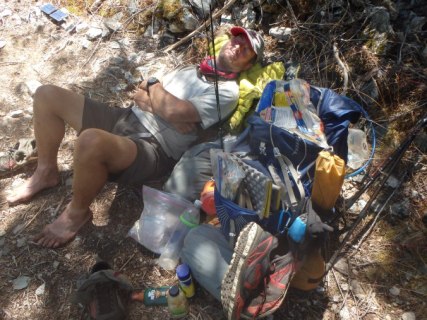 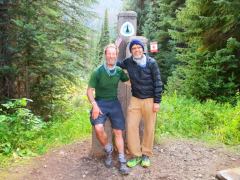 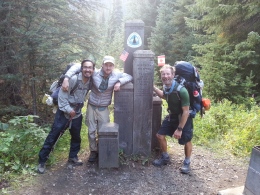 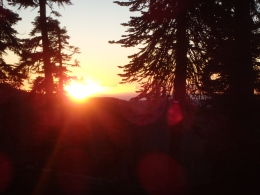 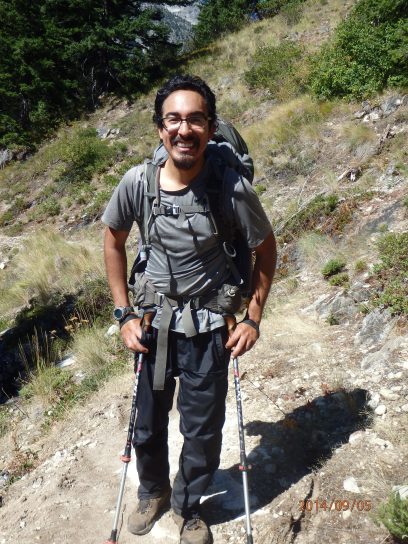 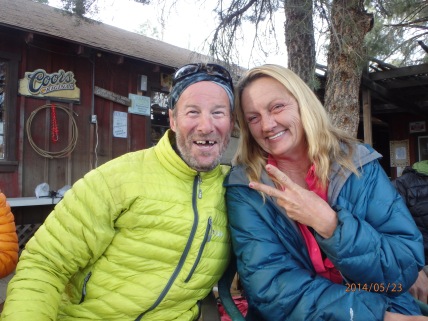 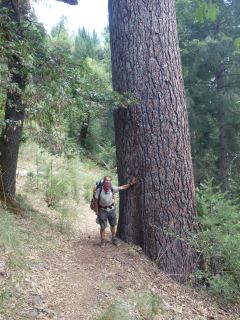 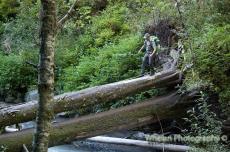 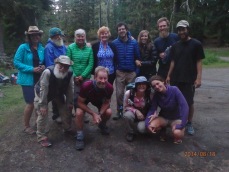 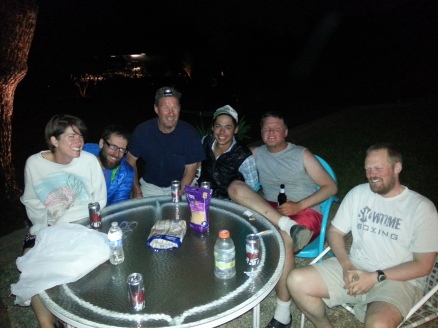 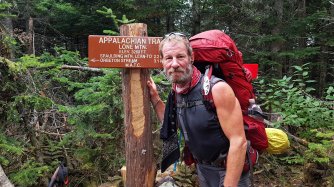 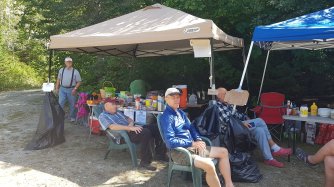 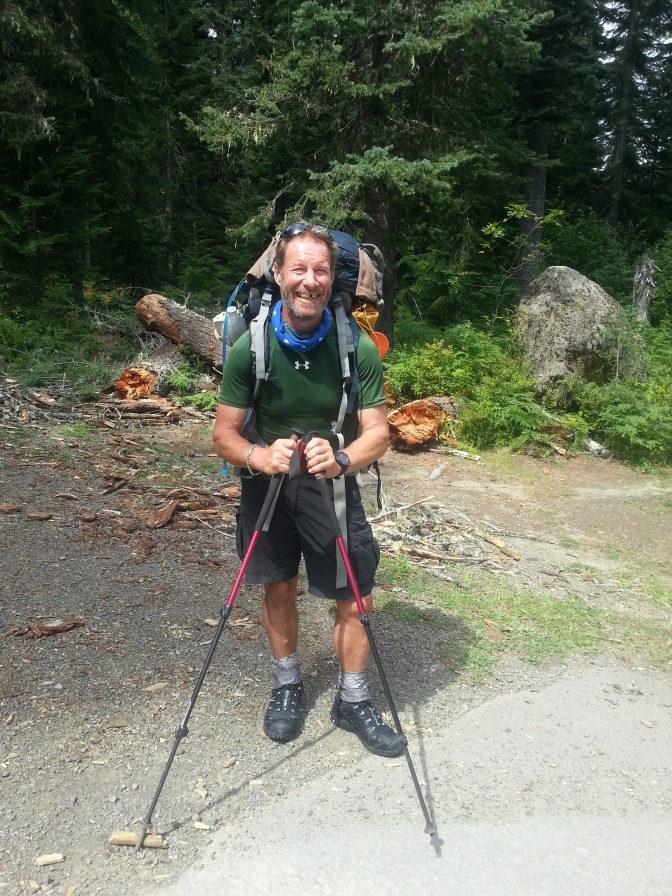