15th june
I must of slept well as I needed waking up. It was a cool morning as we packed up from our “No CAMPING spot ! And continued around Echo lake. The trail was all rock so navigating over it was slow and painful .on this surface it’s so easy to turn an ankle or stumble and the trail was up so I huffed and puffed  my way along.once at the top the views were stunning. The lake is so beautiful. Around its edges scattered lodges and cabins which can only be reached by boat . gorgeous location except for the mosies! .
We moved on passing many day hikers. More snow to cross perfect! !.I thought I had seen the last of it grrr
After the snow it was back to rock stone gravel and shale. So our speed reduced especially down hill as it was like walking on marbles.
We rounded a corner and OMG Lakes
Lots of crystal clear lakes as far as you can see. They just amaze me.but as I got closer my freinds the mosies thought that I may like to party! !.Luckily I had my jacket on and a good dose of deet on my legs. .but as I passed beneath trees great clouds of the buggers shot up.
On we went tripping and crashing along the trail till we pas.
sed a stream. So we stopped grabbed water  then all three of us did laundry socks and underwear. .Hold that picture.
As we sat there a group of young children came by guessing they were scouts
We were heading for Dicks Pass. Hopefully not too high but we were all getting fed up with this rocky terrain.
Dicks Pass here we come..The path was steep and stepped. Which to me is hard to climb but I was able to walk up the edge. The path trailed up the mountain.halfway up I paused as the view was  an OMG  moment I stood and stared before moving  on.
At the top was a bit of snow to walk through but mainly mushy. .but again the views were amazing.
Then time to go down the other side and there was snow a lot of snow lots and lots of snow..traversing the snow wasn’t too bad either except my poles went in deep and occasionally i would post hole. .But then the trail dived down the valley steeply. There were switchbacks but you couldn’t see them and my shoes were crap in the snow. Slippers have better grip or even my flip flops. so walking g down was suicidal. I glisaded down the first bit but the second was too steep and dangerous..so I carefully stepped down the edge.
Phew down.the rest W’s fairly snow free. So we raced down as fast as we could on this rocky surface again we found ourselves at another lake .We stopped for a break and just enjoyed the scenery
A few more miles then time for camp.
We found a site quite early and made the most if the evening  sunshine
We were at mile 1111.1 Sweet 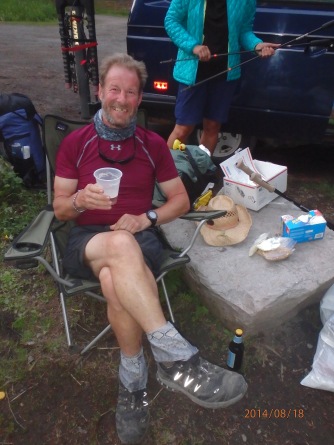 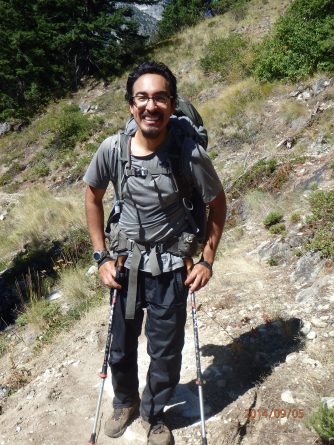 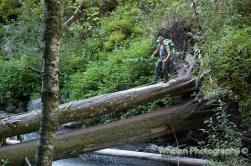 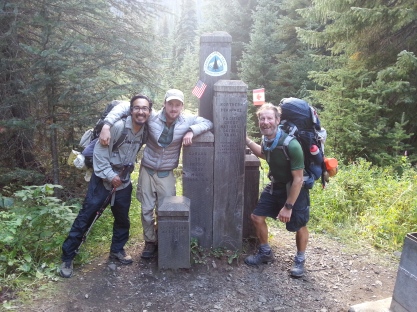 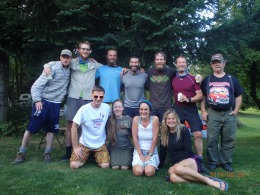 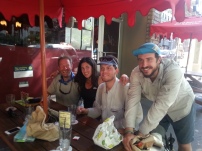 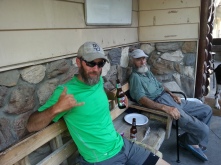 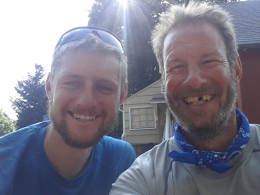